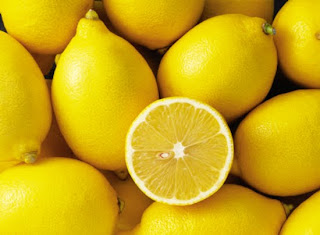 Due to personal problems – of which I’m sure you’ve heard quite enough – I haven’t written anything for a while. Actually, I’ve been waiting for someone to set my car on fire and although I have had to rush down in the middle of the night a couple of times to drive it away from the blazing vehicles surrounding it, my car is still more or less intact. So nothing interesting to report there, I’m afraid.

And I’m certain you have no desire to hear how daily life has become a metaphor, rich in symbolism, for my state of mind. How computers, cookers and fridges have turned against me, how my piano no longer plays F # or A, how the shutter in the sitting room refuses to close while the one in the bedroom refuses to open or how the front door handle now comes away in my hand because somebody tried to break in.

And is it fair that in the third flush of youth, my body has started to fall apart? The ignominy of having to search for my glasses in order to read the small print on a packet of Cup O’ Soup! Gluten and nuts are devious devils…

As for my brain…well, I needed to do a bit of spring cleaning up there as it was getting a bit cluttered and I’m convinced this is the reason my memory is not what it was (as far as I can remember, that is). So I took myself and my arthritic knees off for a walk in the mountains.

The last time I went for a walk in the mountains, I nearly had to be carried down. Now, I have absolutely no problem walking up a mountain – in fact, the only reason I haven’t climbed Everest before is because I hate getting my feet cold. However, as I have developed arthritis in both knees, walking down feels like someone is sawing my legs off very slowly with a rusty cheese knife.

So I had to buy walking sticks. Cool, technical-looking ones, of course, so people will think I’m a seasoned hiker rather than an arthritic old bag.

And off I went to Chamrousse. 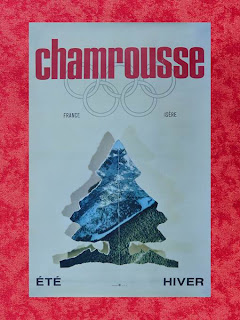 Chamrousse is a ski resort perched above Grenoble in the Belledonne range of mountains. It was first mentioned in 1260, when it was referred to as Culmen Rufus (Red Peak) and it appears on the map for the first time in 1744 although the discovery of Roman coins at the summit indicates that the Romans were familiar with the peak.

After the creation of the Uriage spa in 1823, curistes would regularly climb to the top of Chamrousse as part of their treatment. I’m not sure how efficient this was as the waters of Uriage are used to treat arthritis amongst other things. Perhaps it was just a scam by doctors to have their patients coming back for more?

The ski lift was built in 1952 and was deemed to be the safest and fastest in France, along with that of Courchevel. And of course, the Winter Olympics were held here in 1968. 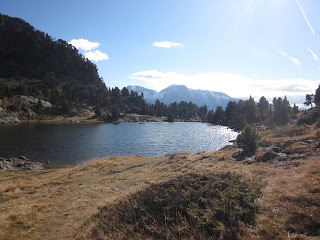 My destination was the Lac Achard, a tiny lake above the resort and apparently named after a man who once owned a hut nearby. It’s an easy walk from the ski resort and at an altitude of 1 917 metres, the view is wonderful.

I sat in the autumn sunlight, contemplating the reflections playing on the surface of the water, and realised how fortunate I was to be able to enjoy such stunning scenery. My mind cleared and my problems suddenly seemed so insignificant… 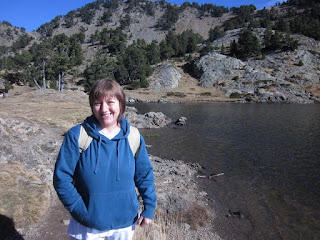 Then I reached into my rucksack for the bag of delicious apples I had hurriedly packed for my picnic and pulled out…a bag of lemons.

Is Somebody trying to tell me something?