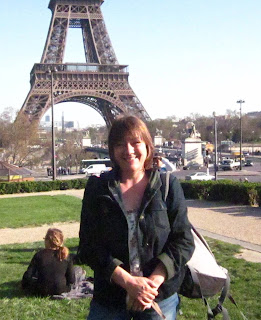 I have always dreamt of a romantic
weekend in Paris, in the spring.
Well, I never got it but recently, I was
able to experience the next best thing. It wasn’t romantic but it was in the
spring.
One of my several jobs is as a classroom
assistant in a CLIS, which stands for Classe pour Inclusion Scolaire. These primary
school children have learning difficulties: dyslexia, dyspraxia, dysphasia and
so on. It is a rewarding job and I’m fortunate to be working with a dynamic
(perhaps hyper-active is a better term) and dedicated teacher called Isabelle.
Isabelle decided it would be fun to take
the whole class to Paris, so we have spent much of the school year raising
money for the trip.
My role was to make cakes with the
children to sell. You’d think this would be quite a challenge, especially with
dyspraxic children. In fact, the headmistress put a stop to this project after
I nearly set the staff room table on fire. Please don’t ask…it’s a long
story…

We received donations from various
organizations and our local MP, Geneviève
Fioraso, invited us to visit the Assemblée Nationale, one of the two assemblies
which, with the Senate, constitute the French Parliament. She came to talk to
us about it and our photo was in the paper. Hmmm. I never realized just how
short I was until I saw myself standing next to a ten-year old…

We left Grenoble on Tuesday morning and
arrived in Paris just in time for lunch, which we ate in the Jardin des
Tuileries. This park was once an area occupied by workshops making
roof tiles (tuiles). In 1564, Catherine de Medicis created her palace garden
here and after the French Revolution, it became a public park. Frankly, though,
I had more important things on my mind: I’d left my picnic in the fridge at
home and I was really, really hungry, penniless and gluten-intolerant to boot…
Nevertheless, I jogged along to our next
rendez-vous: the National Assembly. This is housed in the Palais Bourbon, built
at the beginning of the eighteenth century by Louise Françoise de Bourbon, the
legitimized daughter of Louis XIV and Madame de Montespan. During the Empire
period, the neighbouring Hôtel de Lassey was joined to the palace by a gallery.

It is sumptuous. That’s all I can say. 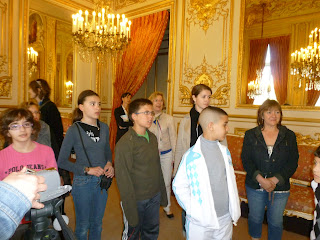 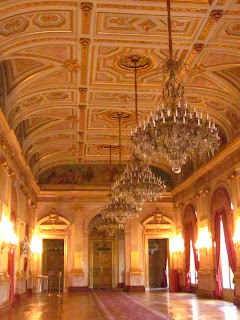 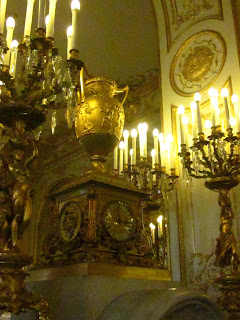 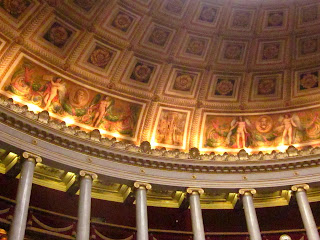 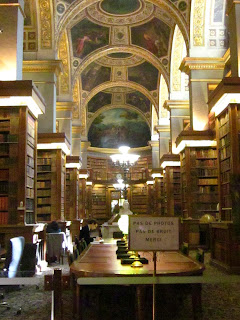 Next stop was the Eiffel Tower. The
children had been looking forward to this for months and were terribly excited,
although not as excited as a certain Erika Eiffel, an American woman who loved
the tower so much, she married it in 2007. Well, I can see the attraction:
tall, handsome, dependable and not likely to go wandering off when you’re least
expecting it… 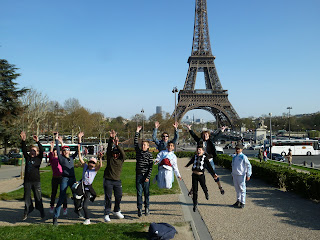 The following day, we went to the palace
of Versailles. The children were impeccably behaved despite our uninspired
guide who appeared to be visiting for the first time herself. The one anecdote
I could relate to was the story of the Galerie des Glaces. Apparently, it was
the first time people had seen themselves full-length in a mirror and some of
the more sensitive ladies promptly fainted at the sight. As I said, I can
sympathise, because I caught sight of myself a few times and felt distinctly queasy
(well, I had had a sleepless night, having to deal with midnight pillow fights,
homesickness and a broken bed which had been jumped on once too often). 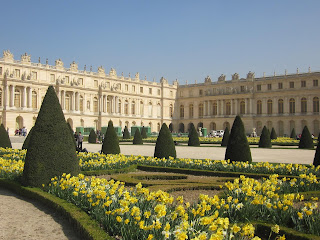 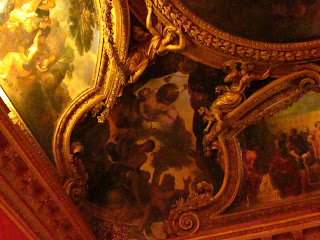 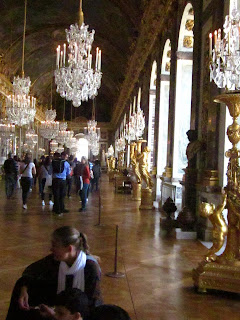 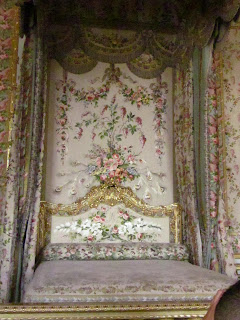 We visited the gardens with their beautiful fountains and also the Hameau de la Reine, a hamlet and working farm where Marie-Antoinette dressed up as a peasant and milked cows and sheep as a hobby. 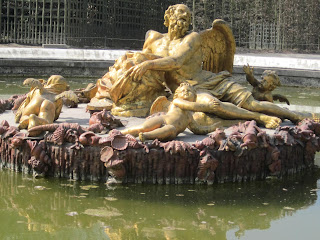 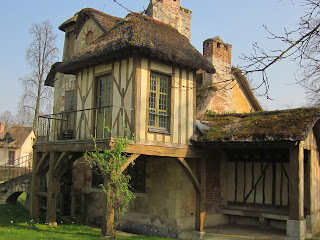 On the third day, we took in Notre Dame,
the Pyramide du Louvre, the Stravinsky Fountain, the Arc de Triomphe – which was closed – and the tacky
souvenir shops, which weren’t closed and which turned out to be the highlight
of the trip. Fortunately, I didn’t have any money – because I am an absolute
sucker for tacky souvenirs. 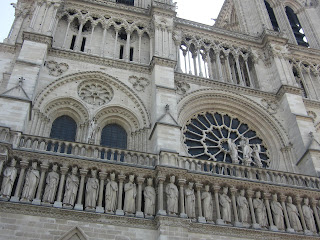 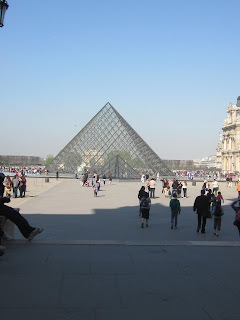 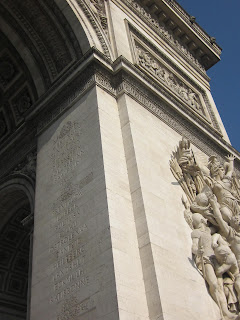 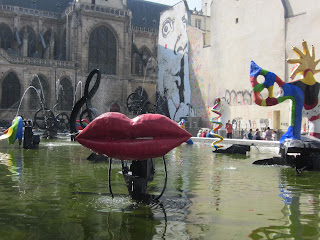 Ah, Paris in the spring! I may not have waltzed
beneath the moon on a bateau-mouche or been kissed in the shadow of Sacré Coeur but I certainly brought back some wonderful
memories and – oh all right, I admit it – just one teensy-weensy Eiffel Tower key
ring…