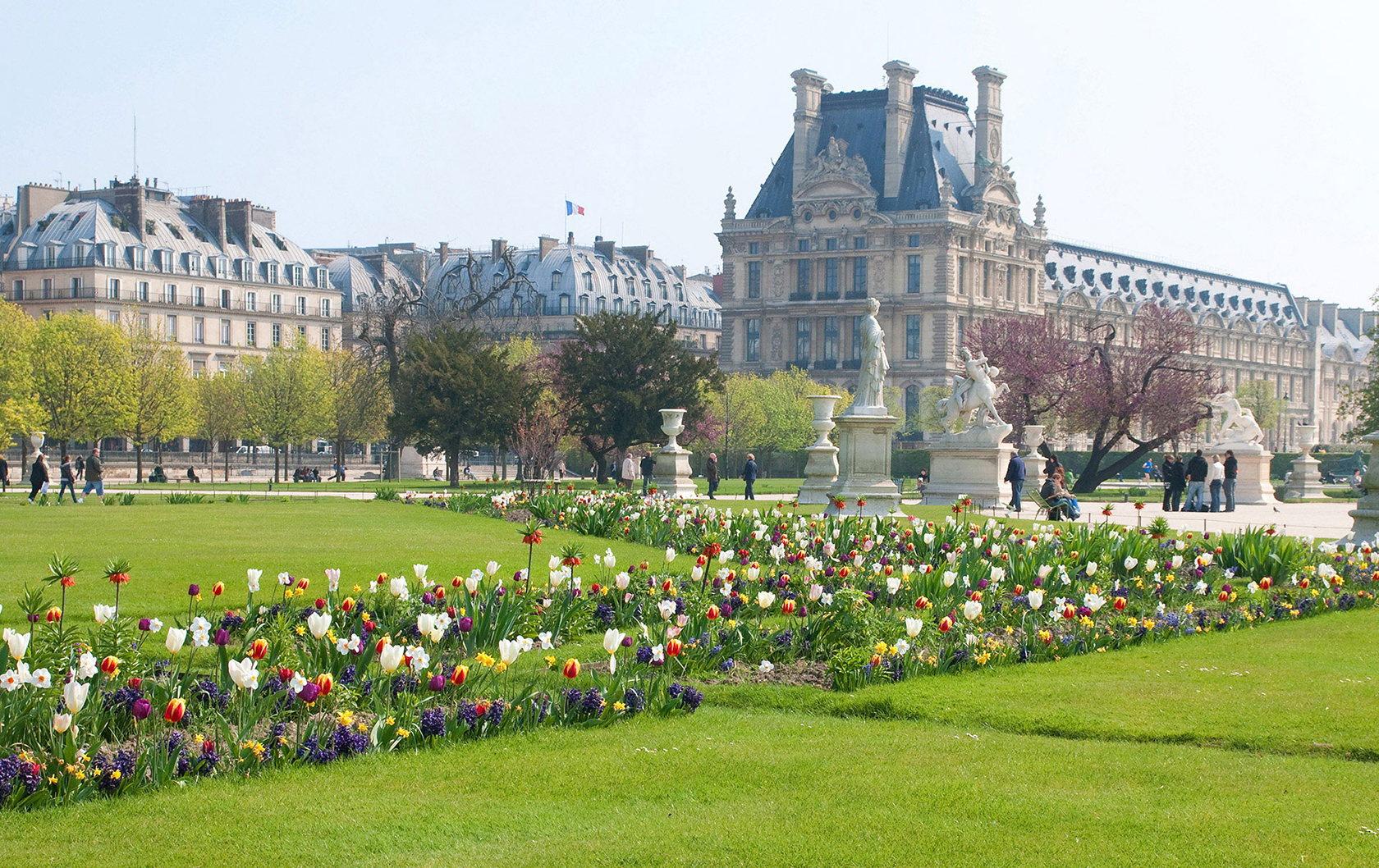 Spring and summer are fantastic times to enjoy walks in Paris, a compact city best appreciated on foot. Admire heritage monuments, alluring architecture and natural wonders from the river Seine to verdant parks in bloom. We’ve selected five walks in Paris for getting up close and personal with the French capital, all within easy reach of chic Paris Perfect holiday rentals. Don your comfiest flat shoes and hit the streets. 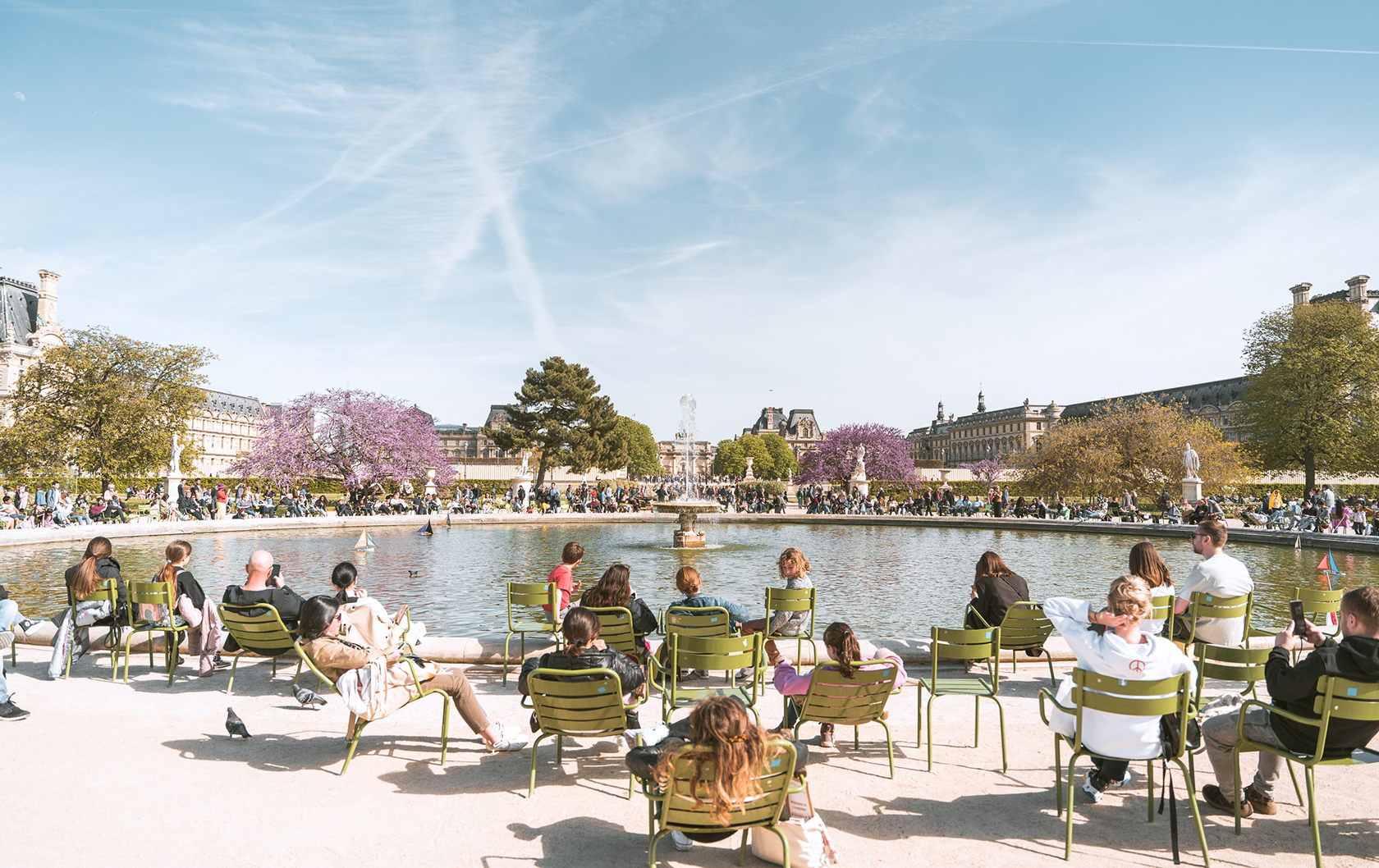 Take a break while strolling through the Tuileries. (Credit)

One of the most wonderful walks in Paris, this classic route takes in iconic heritage landmarks, beginning at the magnificent Louvre Museum. From the glass pyramid in the art gallery’s courtyard, wander through the adjacent Jardin des Tuileries, a pretty garden dotted with trees, topiary and ornamental lakes, named after the old tile factories once located here. Continue past smart galleries Jeu de Paume and Musée de l’Orangerie through Paris’s largest square Place de la Concorde, which flaunts an Egyptian obelisk and ornate fountains. During the French Revolution, King Louis XVI and Marie Antoinette were executed here. 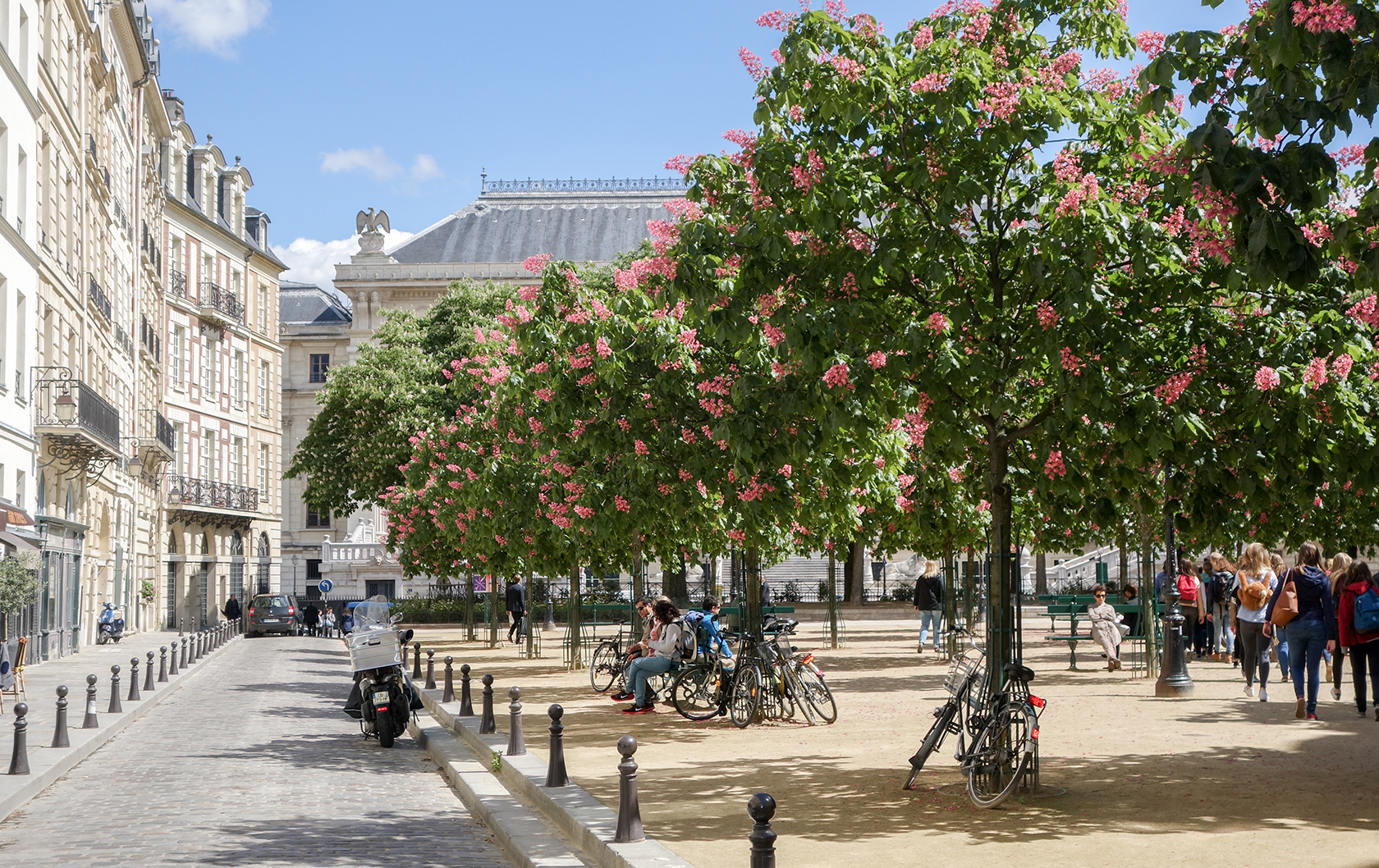 A beautiful walk through Place Dauphine. 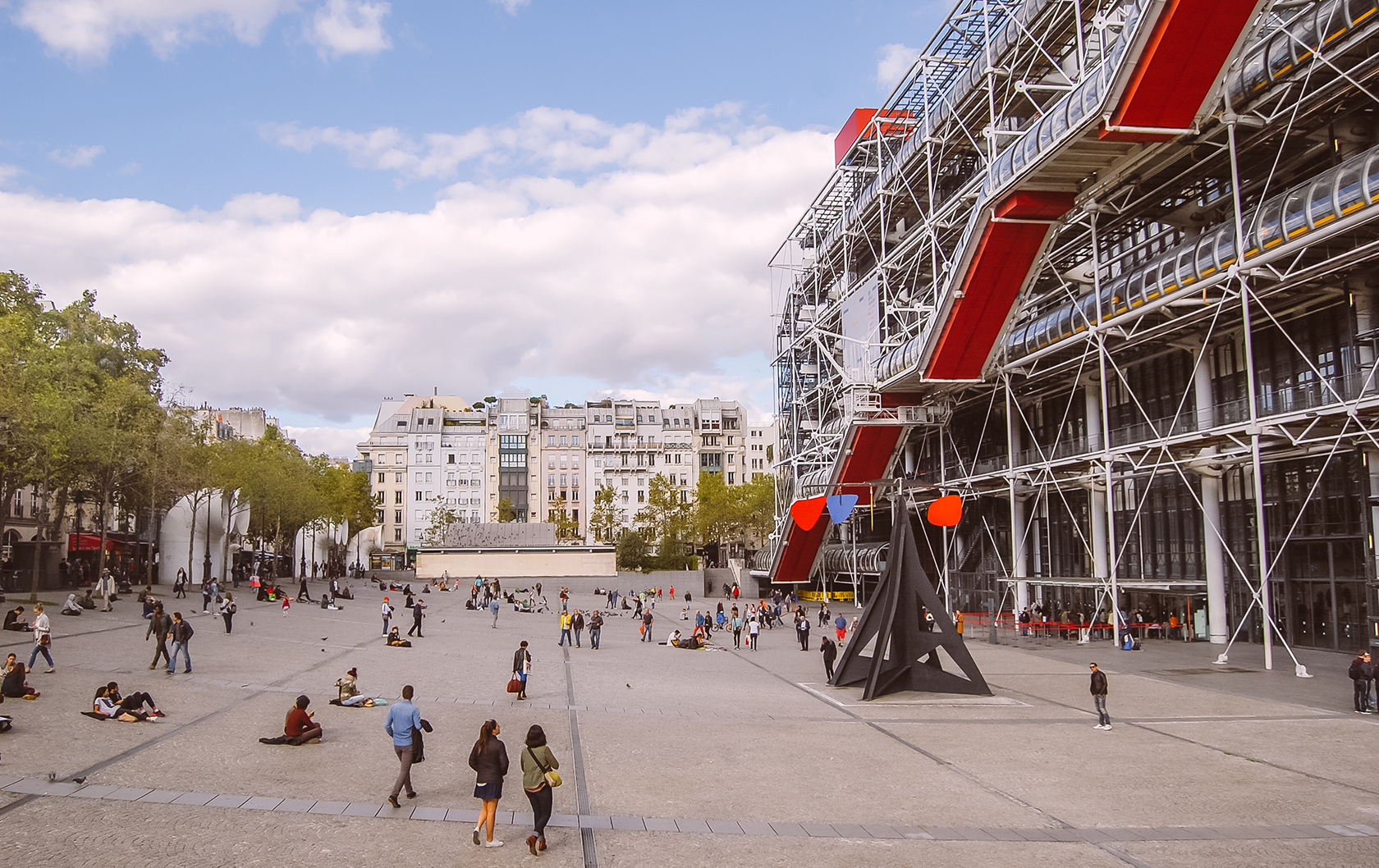 An artistic interlude at the Centre Pompidou.

Meandering through the Marais, the city’s old Jewish quarter, is one of the most romantic walks in Paris. Set off from Saint-Paul Metro station and head east to elegant Place des Vogues – the oldest planned square in Paris and once home to author Victor Hugo who wrote Les Misérables and The Hunchback of Notre-Dame (his apartment is now a house museum). Reach it via rue Saint-Antoine, then turn left up rue de Birague. Detour from the square’s southwest corner to scenic courtyard garden Jardin de l’Hôtel de Sully.

Press on to the atmospheric Musée National Picasso-Paris to admire work by the acclaimed Spanish artist who lived in France for many years. Nearby, heritage and modern art sits alongside hunting and nature exhibits in the astonishing Musée de la Chasse et de la Nature. Rue Vieille du Temple is an enchanting street in between for shopping and dining. Culture vultures can stroll on to modern art Mecca the Centre Pompidou, a striking contemporary building rounding off this arty promenade

To refuel pop to the glam bar or restuarant at Hôtel Costes (7 rue de Castiglione) or make for Buddha-Bar (8-12 rue Boissy d’Anglas) for tunes until late. 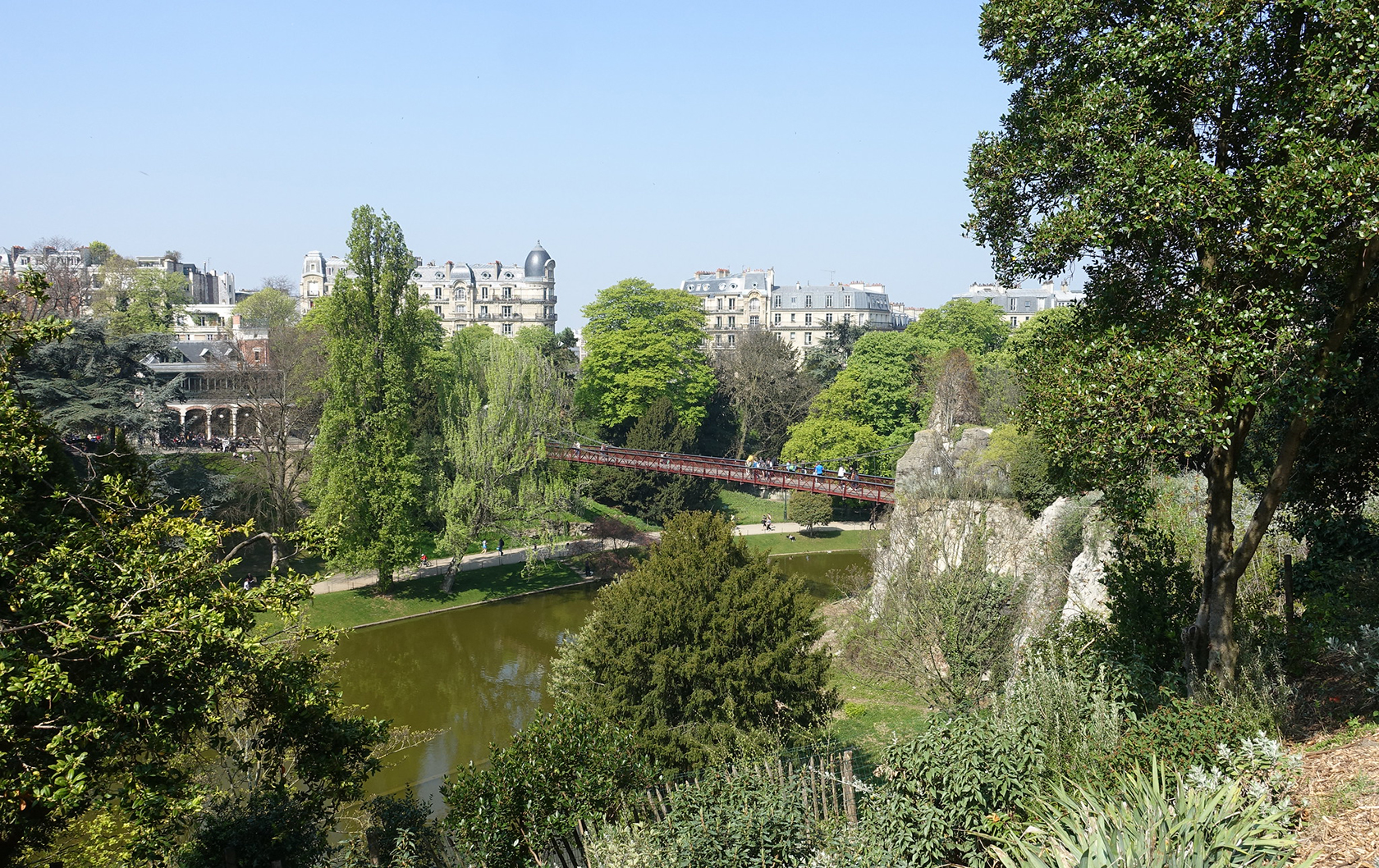 See our earlier blog post for even more tempting summer walks in Paris.


Posted
on Friday, May 20th, 2022 at 5:39 am in See & Do.
You can follow any responses to this entry through the RSS 2.0 feed.
You can skip to the end and leave a response. Pinging is currently not allowed.