Dreaming of spending your summer in a Southern French beachside town surfing with an eclectic group of fun friends while singing and rapping? And don’t forget plenty of sex to go around? Well, no need to leave your couch. Drop your summer plans immediately and hop on a surfboard to Biarritz to hang with a group of “dangerous” teenagers playing mind games with each other. Just ahead of France’s Bastille Day celebrations, Netflix is inviting viewers for liberté, égalité and sexualité with the world premiere of Dangerous Liaisons aka Les Liaisons Dangereuses, on July 8. Written and directed by first-time filmmaker Rachel Suissa, the film is an adaptation of the 1782 epistolary novel of the same name by Pierre Choderlos de Laclos. 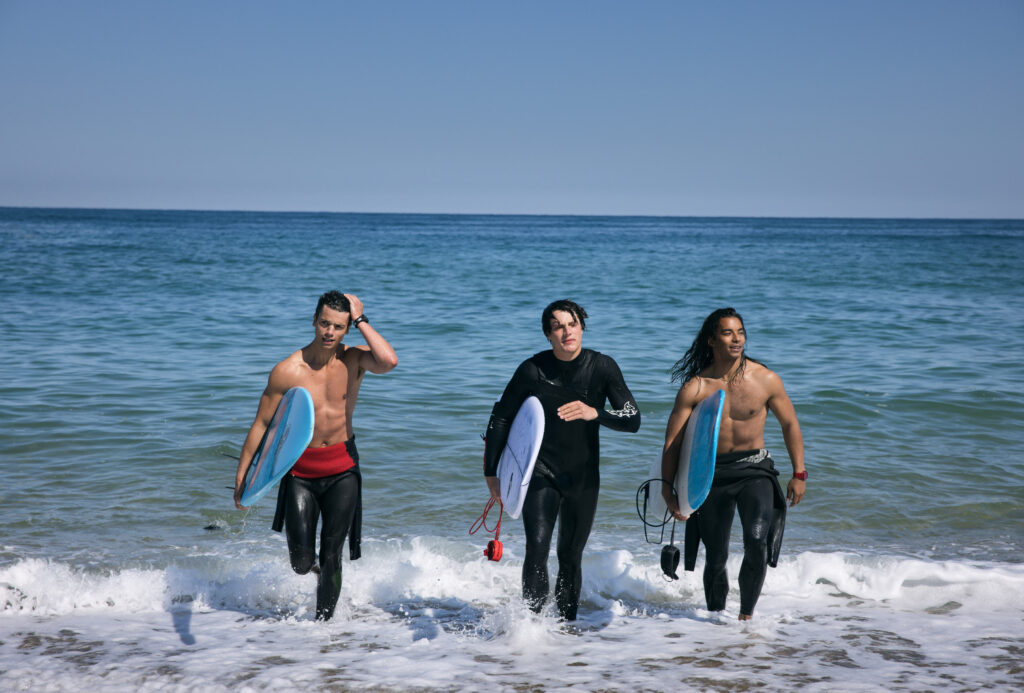 If the title sounds familiar and you haven’t read the original book, know that it is one of European literature’s most scandalous stories set against the backdrop of a decadent society shortly before the French Revolution. It focuses on the Vicomte de Valmont and la Marquise de Merteuil, two narcissistic French aristocrats who turn seduction into a game and enjoy manipulating each other and leaving everyone they touch in their wake. It may be set in 18th century France, but the story about scheming, revenge, power and humiliation has resonated for centuries since and has already been given the big screen treatment by Roger Vadim, Milos Forman and Stephen Frears, whose adaptation in 1988 starring John Malkovich, Michelle Pfeiffer and Glenn Close has become iconic. Then there was its more modern makeover in 1999 with the now cult classic, Cruel Intentions, starring a bewitching trio of Sarah Michelle Gellar, Ryan Philippe and Reese Witherspoon.

“The novel has such obvious parallels between the elite of the time and this era of social media that is all about narcissism, the image we show others vs. what happens behind closed doors.,” Suissa explained, adding: “At the time, the royalty were the elite. Then, in the 90s it was all about money. Today, fame by telephone is the new elite. With a little luck and an iPhone, you can be internet-famous at 13 or 14 years old and by 20, have experienced the same thrills as an aristocrat from 300 years ago.”

Suissa’s version of Dangerous Liaisons takes the traditional story and brings it into today’s era of social media. The film is a weapon of mass seduction packed with cruel commentary, manipulative games and terrifying consequences…which is also a very apt description of social media.

Think: Bridgerton meets Euphoria, but with le French touch. This adrenaline-filled intriguing French romantic thriller may have its gaze set upon a younger demographic of viewers, but it is highly entertaining fare particularly for the French literary nerds among us–Suissa has thrown in so many Easter eggs for fans of the original epistolary novel. 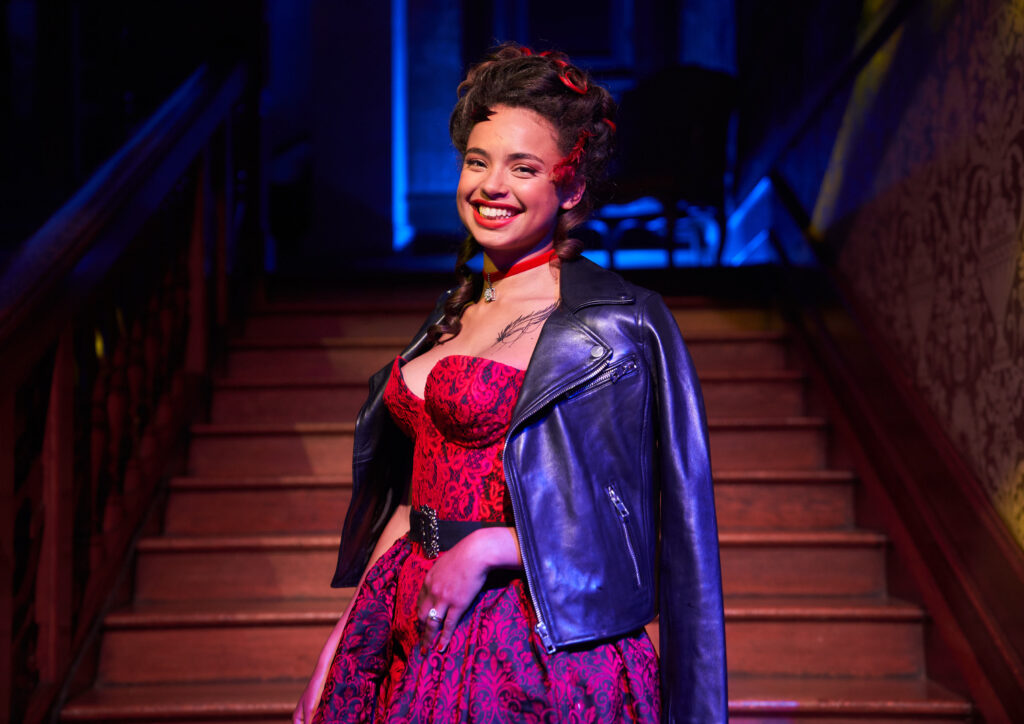 In another meta twist, the film stars one of France’s biggest influencers, Paola Locatelli, who boasts more than 1.7 million followers on her Instagram account. The film is truly an ensemble production, but carried by Locatelli, who was just 16 when she was cast and 17 when she shot the film, like her character. Locatelli, in her first-ever acting role, plays Célène, who leaves her life in Paris – and her fiancé – to attend an elite school in Biarritz and gets entangled in a brutal bet between her new crush, celebrity surfer Tristan, and his on-again off-again girlfriend/rival Instagram star, Vanessa.

“I needed to find the right girl to play this character who is pure, yet charismatic, someone who we believe can transcend fame, but who never forgets who she is in the process,” Suissa said of choosing Locatelli despite not even being on social media herself when the casting process began and not casting Locatelli for her influencer status. “She has one foot in both realities like the character and she is completely herself,” Suissa said.

Suissa, who is bi-continental and is currently living between Miami and Biarritz, also penned a literary version of the story. The novel simultaneously hit bookshelves in France, Spain, Italy, Canada and Finland so viewers can extend the French tryst with a summer-long beach read. It has yet to be translated into English, so free to practice your French with the book version while you wait.

The film wrapped in December of 2021 and Suissa wrote the book in a month, co-authored by young adult fiction specialist Wendy Thévin. “I’d already lived with the characters for two years. I knew what was in their hearts and minds. The book delves more deeply into their inner thoughts. The film had to be 1h45 minutes so of course I had to cut certain things, but the book gave me a chance to expand upon them,” Suissa said of the jump from production to the page. 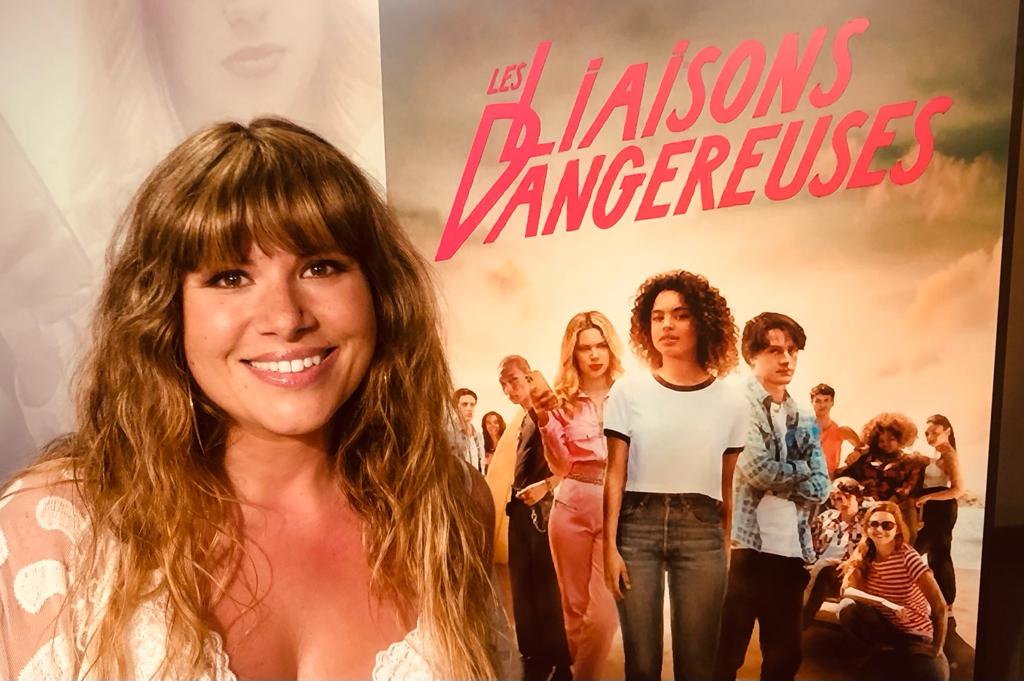 The beach town of Biarritz takes on a role of its own in the film, much like the music. In a mise-en-abime, the characters put on a musical production of The Princess of Montpensier and – without revealing any spoilers –the characters rap and sing throughout the film in a Hamilton meets High School Musical twist. The multi-tasking Suissa also wrote eight of the songs for the film the score for which was composed by Clément Dumoulin. “I wrote all of the songs for the Princess of Montpensier musical except for the rap battle – I wanted to see them really express themselves,” Suissa explained.

Ella Pellegrini plays the conniving, former child star-turned-influencer bad girl Vanessa to perfection and Alexis Michalik, who plays Christophe, is actually one of France’s most acclaimed actors, screenwriters, playwrights and directors. And fans of a certain other Netflix series about young and beautiful people prancing around France (wink wink, Emily in Paris) may recognize Jin Xuan Mao (aka Etienne in Emily in Paris) as Tao.

The film may last just one hour and 49 minutes, but it doesn’t end when the final credits role. While the film may be an adaptation of an original story that definitely has a clear-cut ending, a part deux is not completely off the table. Suissa teased, “My brain is always working overtime. If one day someone asks for a sequel, I have a twist in my mind. But it’s a twist that makes sense, it wouldn’t be just making a sequel for the sake of making a sequel. But anything is possible.”

Dangerous Liaisons is available on Netflix all over the world, starting July 8.

Rebecca Leffler is an American author and journalist based in Paris. The former France Correspondent of The Hollywood Reporter and film critic on Canal+ and France 24, Rebecca has published five books and currently works as the Editor in Chief of Le Dispatch by Ecran Total, an English-language publication focusing on the French film and audiovisual industry. In addition to her work as Editorial Lead, Brand Content at Publicis Luxe and as a Creative Consultant on Darren Star’s recent hit series “Emily in Paris.”  She continues to write and produce content for media outlets and brands in France and the US.