Earlier this Summer, Netflix dropped a new modern take on the 1782 novel, Dangerous Liaisons, by Pierre Choderlos de Laclos. Dangerous Liaisons is one of the first psychological novels ever written, and is the iconic epistolary novel. There have been lots of adaptations of the novel, including a movie made in 1988, directed by Stephen Frears and starring Glenn Close and John Malkovich.

The 2022 movie takes place in the surf town of Biarritz, in the Southwest of France, and follows the life and times of Célène, a teenager, who has recently relocated from Paris with her father and believes in true love. As she joins a new high school, she falls in love with Tristan, a handsome surfer who forms a power couple with Vanessa, the local Instagram queen. But what Célène does not know is that she is the center of a terrible bet between Tristan and Vanessa that will surely destroy her life, if not her person. The movie has been at the top of Netflix charts this entire hot summer.  When it first came out, Frenchly writer, Rebecca Leffler, wrote a fantastic article about the movie. Although Leffler alluded to the soundtrack, there is more than meets the ear to the French-American singer/songwriter, Emma Doo, who composed one of the songs for the movie. 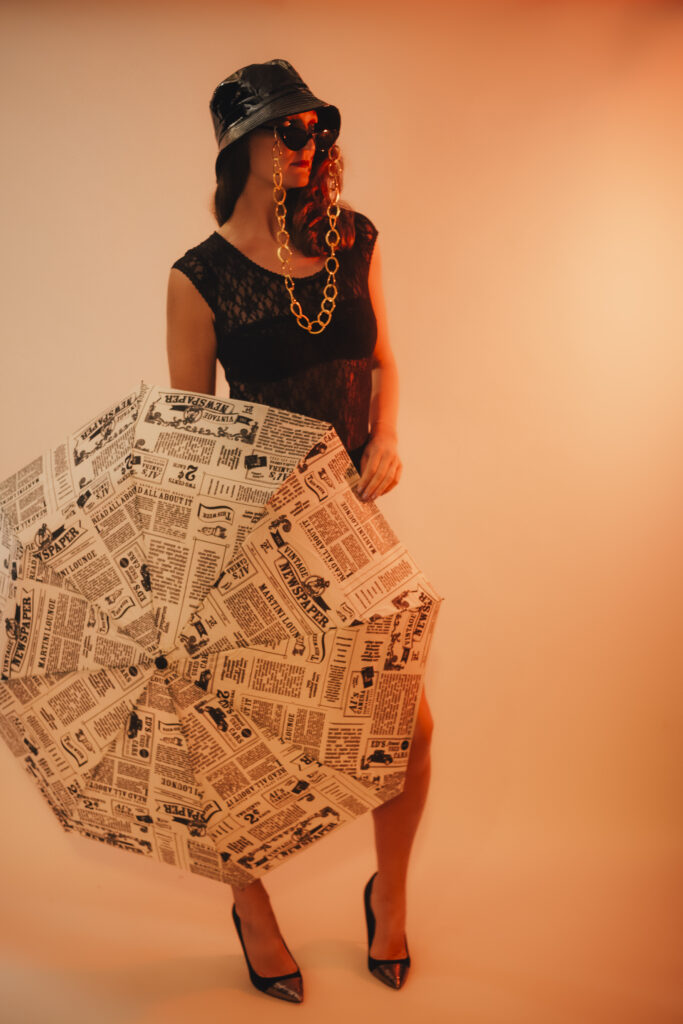 I first met Emma Flornoy on Saint James Avenue in Boston, at the French Consulate. It was November 15th, 2015. On that day, there was a gathering of French people and francophiles in support of  French people affected by the November 13 terror attacks. It was a very quiet moment. I did not know anyone but I felt like I belonged there. Emma was next to me and we started talking as if we’d known each other for years. Back then, she was attending the famous music school, Berklee, located just a few blocks away.

Emma Flornoy grew up in Nantes, France in a family of musicians. She is American by way of her mom, who comes from Boston, and her father is French. Ever since she can remember she wanted to perform: “I successively wanted to be a figure skater, a clown, and a cello player.” When she started high school, she took Arts Dramatiques, and joined the Conservatoire de Danse Contemporaine de Nantes. While there, she remembers having an epiphany: She suddenly realized that she could combine acting, dancing and music–she didn’t have to choose only one.

From Nantes to Boston

Emma Flornoy soon moved to Paris. She joined the band Fudge (formerly Oazzunk) and Wine, where she developed her songwriting skills. These experiences offered her opportunities to sing at famous French venues, such as Solidays, Musik’elles or New Morning. But Emma started to want more. She wanted to learn everything she could about musical composition. In 2014, she applied to the world-renowned music school, Berklee, in Boston, and then flew east to America to start her training in 2015. Her decision to move, Doo said, was inspired by two facts:“Berklee is one of the best music schools in the world, it was a dream come true. On top of that, my American family is based in the Boston area. It really was the ideal combo: get closer to a part of my family I’ve always aspired to know better, while giving a new life to my music.” Furthermore, she said, “What I loved at Berklee was the musical and cultural eclecticism. When I was a student, over 100 countries were represented through languages, culture and music! I discovered Japanese metal music, Indian traditional music. This experience transformed me.”

Fast forward to 2018 when Emma moved back to France, became a mother of two and changed her name to Emma Doo. During all that, she started working on her own songs and decided to go solo. Soon her first EP, Hey Soul, came out and Emma Doo starts touring solo. In April 2020, she released Paradox, the very first album she entirely wrote and composed herself. Unfortunately, 2020 was also the year of the global shutdown due to the pandemic, so her tour was canceled. And promoting the album became tricky.

But in 2022 things started to change for the better. Back in 2020, when her tour got canceled, Emma posted her work on a French platform called Groover. This website gathers music professionals (touring managers, composers, singers, editors, hosting platforms, movie makers, etc.). Though she had no idea if anything would come of it, she hoped industry professionals would listen to her work and provide feedback. A scouting agent named Clementine Koumenda soon reached out. Koumenda is the founder and CEO of Kendell Entertainment, a music licensing and publishing company based in Paris. Her job is to source, pitch and sync music with movies, advertisements and TV shows. She liked Emma’s music so much that she signed her entire album, Paradox to pitch to movies, TV ads and shows. This is how Emma’s catchy song, Top to Toe, ended up on Dangerous Liaisons on Netflix (around minute 52).

Emma said, “Netflix asked to listen to my entire portfolio. They initially picked two songs, both Top to Toe and French Kiss.  They both were on the first cut of the movie, but the scene with ‘French Kiss’ was edited out. I love the way they synchronized ‘Top to Toe’ with the movie. It’s really beautiful.” 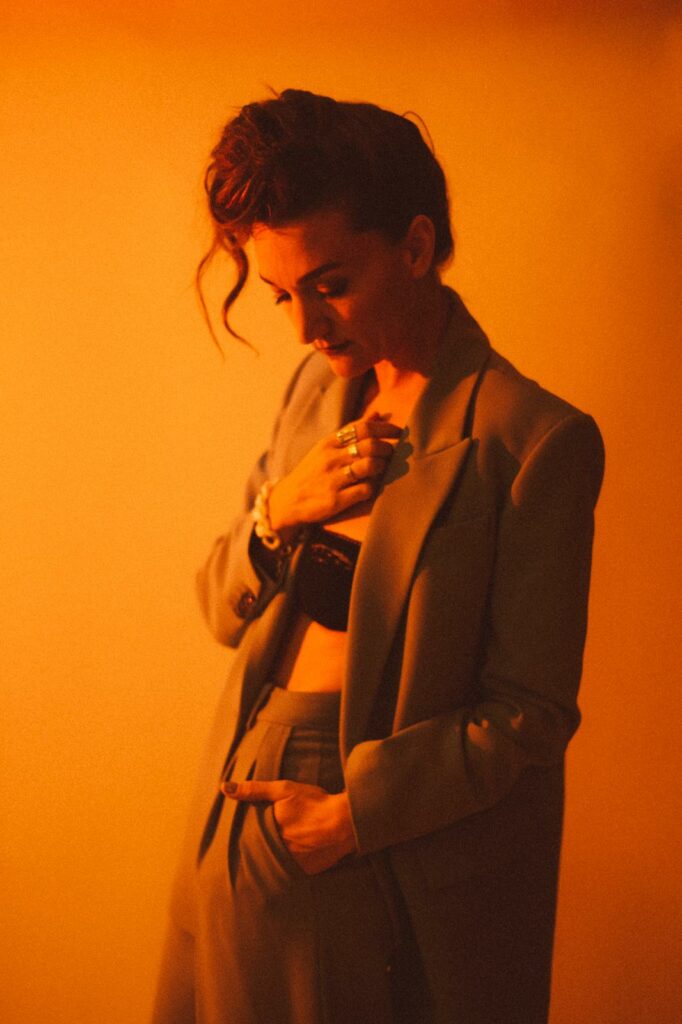 On the same day Dangerous Liaisons came out, she released her latest song, Paris. The seed of this song was a Berklee school assignment. “It’s a poem. Back then, I missed Paris so much. I had just started dating my boyfriend who was back in France. This song makes a connection between the city of love and the love of my life.” The song intones “loin des yeux, loin du cœur, disent les fous” (from the French saying, “far from the eyes, far from the heart, the crazies say”) because she could not stand hearing this sentence while her heart ached so much. Eventually, Emma set the song aside. But then stumbled upon it again in 2021, and fell in love with it all over again. She didn’t need to fall in love again to feel the love part, however: the boyfriend from back then is now the father of her two boys.

Today, Emma feels both French and American, although now that she lives in France full-time she admits that a huge piece of her heart was left behind in Boston. Over the summer months, she has been working on her next release, a song called Tattoo, expected in September. Her catchy voice, nostalgic lyrics, and unique sound just might prolong summer a little longer, bringing sunshine to even the dreariest day. More info on Emma Doo can be found here.

Anne-Fleur Andrle is a Colorado-based French-American podcast producer. She hosts a French Morning show called, French Expat, where she documents the journeys of French-speaking expats around the world. She is so passionate about podcasts that she created a podcast about it, called Génération Podcast, and has a weekly curated newsletter with French podcasts that she thinks are not to miss. She also consults for various organizations looking to reach new audiences with podcasts.