I’m a sucker for a romantic comedy. Huge fan of taking that familiar walk from meet cute to happy ever after; reveling in each break-up and make-up, and the way a plot twist can make you gasp or cringe; knowing, sometimes praying nonetheless, that these lovebirds will wind up together in the end. There are the greats: His Girl Friday. When Harry Met Sally. Harold and Maude. Tootsie. The Apartment. Broadcast News. Annie Hall.

But, for me, even a bad rom-com holds the allure of making me believe for an hour and a half that things work out in the end, that love can conquer all. That a prostitute can land herself a prince (and a Beverly Hills shopping spree) with nothing more than a heart of gold—and Julia Roberts’ million-dollar smile. Even as I roll my eyes at the silliest of them, I am able to shut out the logic—and darkness and chaos—of the real world and buy into the fantasy. On a recent flight from Boston to LA, I watched the ridiculous, implausible, yet ultimately heartwarming Marry Me and The Hating Game back to back. They did the trick; I flew happy.

There are personal favorites I’ve watched over and over, the ones that crack me up (and make me cry) every time. Grease. Valley Girl. Legally Blonde. Clueless. About a Boy. High Fidelity. The Wedding Singer. 50 First Dates. Sing Street. Begin Again. I love rom-coms that push the limits of the genre, that break from the expected, that keep us guessing. Scott Pilgrim vs. the World. The 40-Year Old Virgin. Punch-Drunk Love. Moonrise Kingdom. Bridesmaids. Juno. But I’m a Cheerleader. Celeste and Jesse Forever. There’s Something About Mary. A few recent rom-coms— Palm Springs. Crazy Rich Asians. Eurovision!—have also leapt onto my list and stayed there for me to stumble upon some random Thursday night, unable to stop myself from watching again…and again.

The French might not be famous as for their comédies romantiques as Billy Wilder or Nora Ephron, but many rom-coms Français do exist that aren’t Amélie, The Artist, or Les Parapluies de Cherbourg. Among them, the director Cédric Klapisch wrote and directed a trio of films beginning in 2002 with L’Auberge Espagnole, about the tangled love lives of an international group of hotties who hop in and out of each other’s hearts and beds in Barcelona, while figuring out what to do with their lives. The film was nominated for six César awards, including best film. Klapisch followed up with two sequels, Russian Dolls (2005) and Chinese Puzzle (2013), exploring what happens to some of the characters in later stages of life. 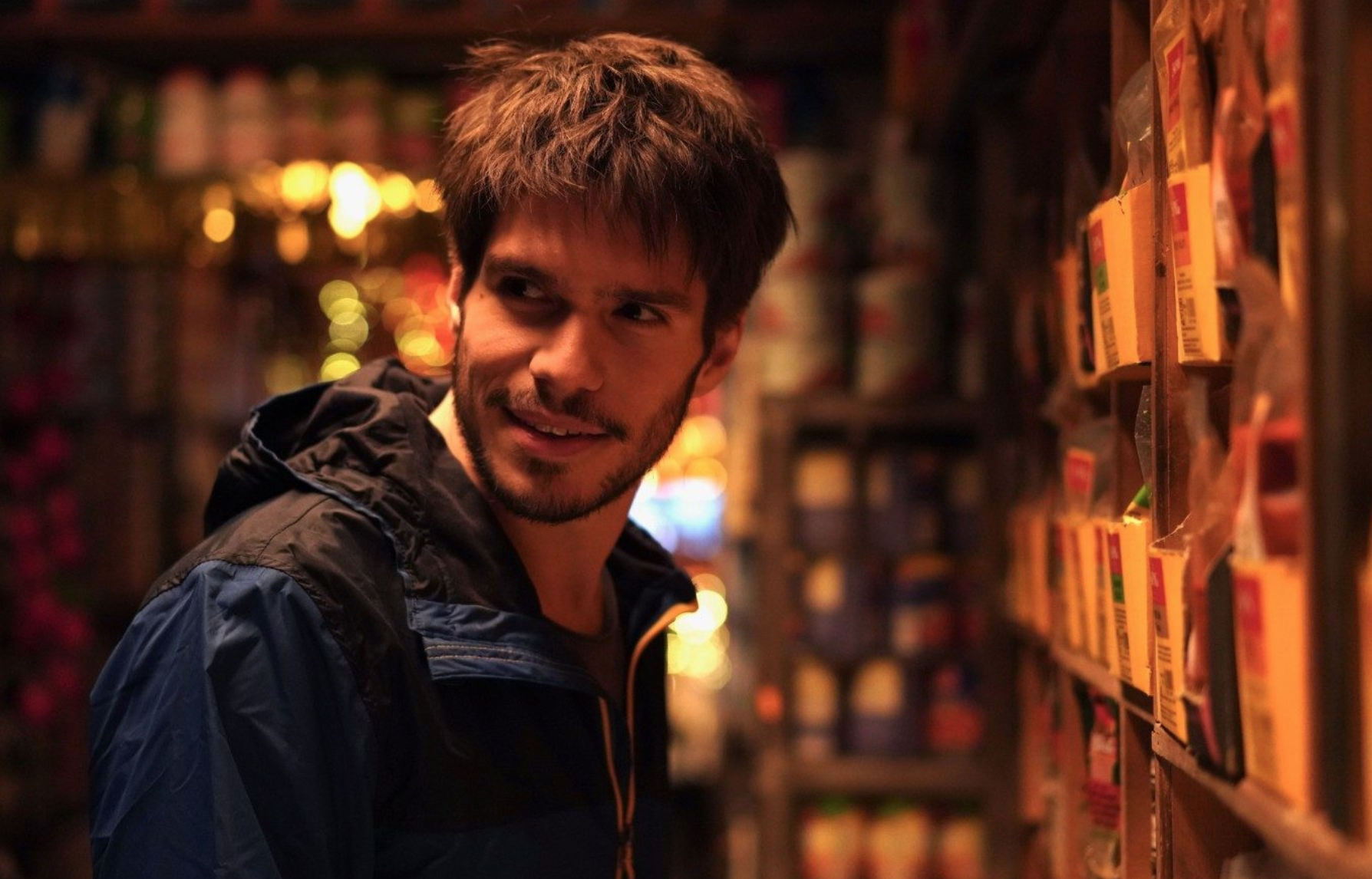 So, I was curious when a recent New York Times article about “Five International Movies to Stream Now” included Klapisch’s 2019 film Someone, Somewhere (now streaming on Roku). And when I watched the film, I fell totally, head-over-heels, in love. Funnily enough, it’s a sort of anti-romantic comedy or, perhaps, a rom-com in reverse. In the footsteps of other experimental examples of the genre, like (500) Days of Summer, Groundhog Day, Sliding Doors, and Eternal Sunshine of the Spotless Mind, the movie tells the story of what happens before its protagonists meet.

The film opens with a young man and young woman sitting next to each other on a Paris train. They don’t know each other or even acknowledge each other, each distracted, steeped in their own thoughts. Coincidentally, Mélanie (Ana Girardot) and Rémy (François Civil), actually live next door to each other, in neighboring buildings that face the train track. When the camera pulls out to capture both of them standing on their tiny balconies, unaware of each other’s presence, the Sacré-Coeur looms behind them. Neither can see the towering monument—or each other. When smoke from her cigarette creeps around the corner, he goes inside. 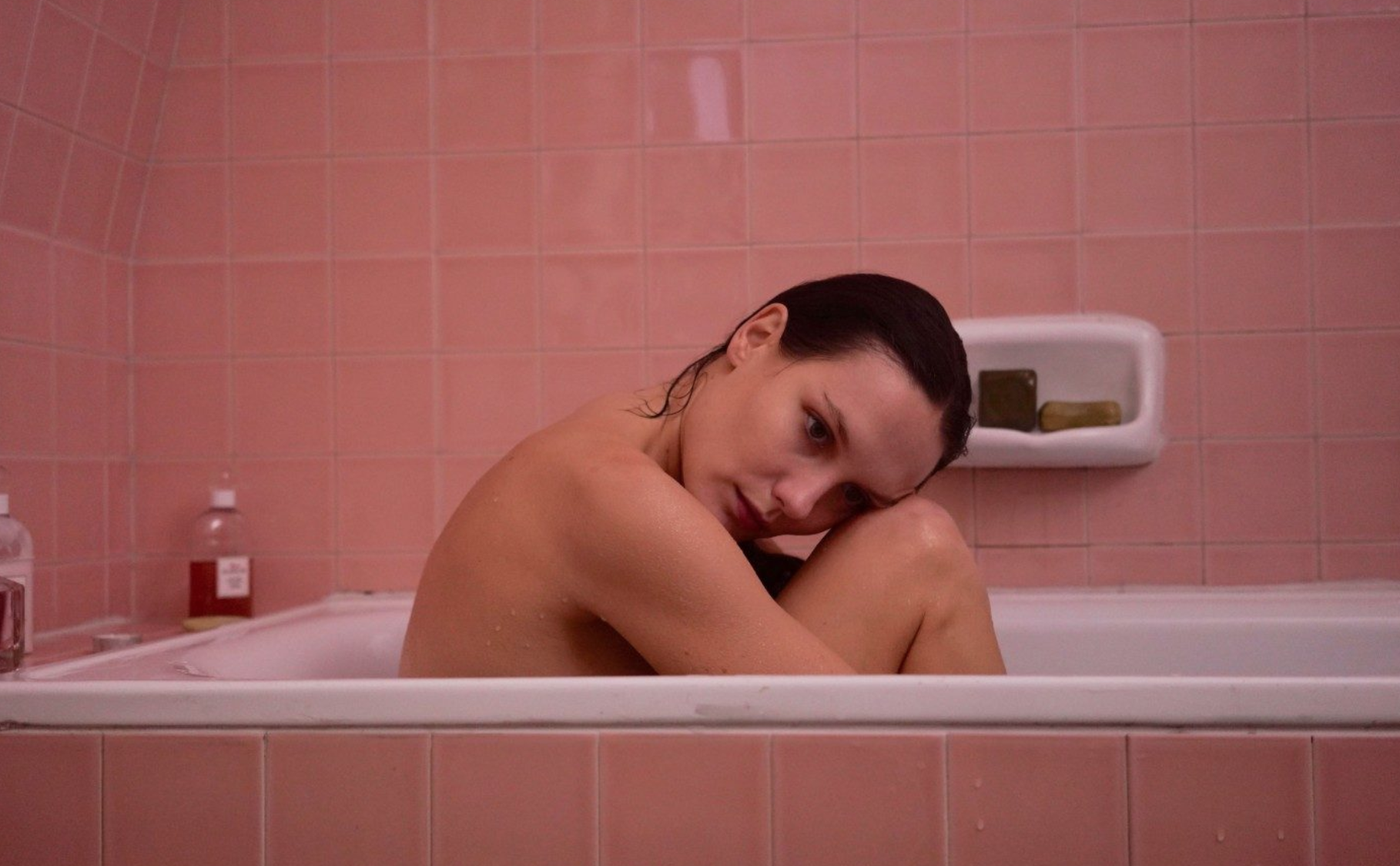 Mélanie and Rémy’s lives crisscross throughout the film, their voices overlapping at the pharmacy where they are both seeking cures for sleep issues. (He has insomnia. She sleeps all the time.) At their local deli, Rémy laughs in recognition from one aisle over, as the grocer convinces Mélanie to buy a more expensive product. Happens to him all the time. When he hears her singing in the bath—“It’s the story of a love eternal and banal”—he Shazams the song and listens to it again, this time piquing her curiosity. What are the chances?

Mélanie and Rémy both inhabit the world of the young, urban lonely. She’s reeling from a breakup and, encouraged by her friends, explores the dating apps. He has no real friends at all. Mélanie has been seeing a therapist (Camille Cottin) for a while. Rémy goes down that road after suffering a panic attack. In the process, both slowly gain access to the deeper issues keeping them from living more satisfying lives.

Klapisch is a master storyteller. He offers an intimate window into the most poignant events in his protagonists’ parallel lives, leading to an emotional crescendo that functions as a breakthrough for the characters and the viewer alike. Beautifully shot by director of photography, Élodie Tahtane, the film’s imagery mirrors its heroes’ cloudy mental states, their faces blown out by sunlight, obscured by shadow, abstracted by reflection or condensation.

As Mélanie and Rémy address the emotional baggage that stands in the way of a meaningful relationship, the audience holds its collective breath, waiting for the magical moment which we are pretty sure will happen. It has to, right? In this way, the film reminded me of the 1998 indie, Next Stop Wonderland, directed by Brad Anderson, which follows two hapless people who appear destined to fall in love.

Klapisch’s film also explores the concept of fate, the idea that there’s someone out there—someone, somewhere—who is our perfect match, our perfect someone. We know that once Mélanie and Rémy have cleared the clutter necessary to make space for love, they will meet, but we watch, rapt, waiting to find out how. Even then, it’s not simply a matter of noticing the pretty someone seated next to them on the train. Even then, destiny must intervene. Even then, we bite our lip and hope hard, waiting for the spark, the moment, the magic of love’s first glimmer.