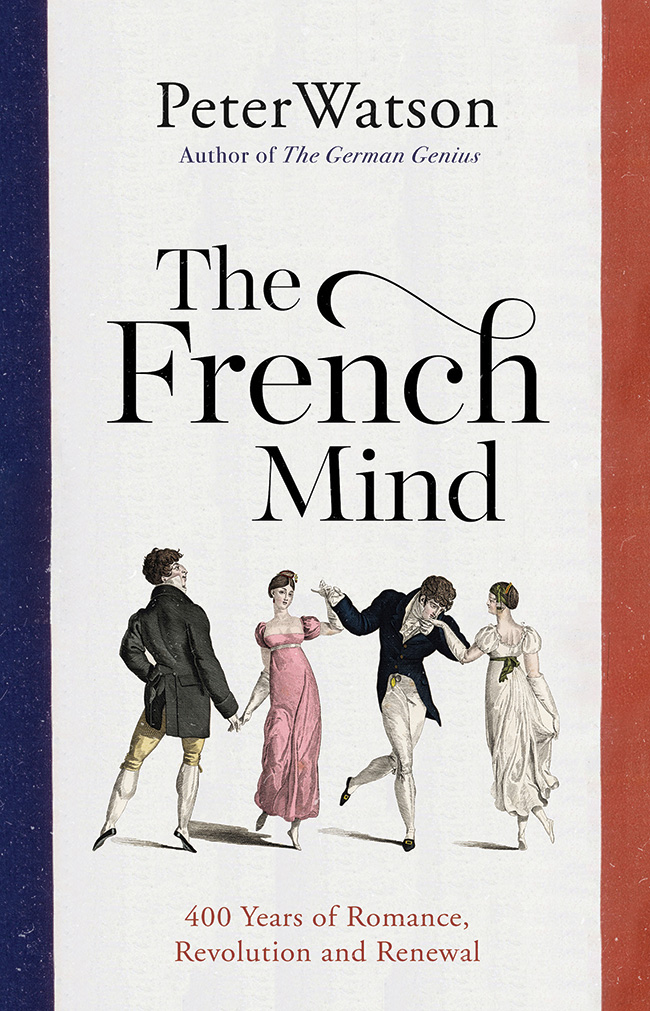 We are endlessly fascinated by the French – their way of life, their creativity, their sophistication and self-assurance, and even their insistence that they are exceptional. But how did France become the country it is today, and what really sets it apart? Journalist and historian Peter Watson sets out to answer these questions in this dazzling history of France, which takes us from the 17th century to the present day through the nation’s most influential thinkers.

He opens the doors to the Renaissance salons that were a breeding ground for poets, philosophers and scientists, and tells the forgotten stories of the extraordinary women who ran these institutions. From the 1789 revolution to the country’s occupation by Nazi Germany, Watson argues that a unique series of devastating military defeats helped shape the character of the French. This is a history propelled by the writers, revolutionaries and painters who shaped a nation whose global influence, in art, culture and politics cannot be overstated.

We collect information from our users – this is for administration and contact purposes in connection with contributions you may wish to make to the site or your use of certain site features such as newsletter subscriptions and property enquiries.